This project continues our line of work: the artistic relations between Andalusia and America.

During the Modern Age, the improvement of transport and communication facilitated the arrival of Andalusian artists, Andalusian religious iconography and artworks that were exported from Seville. Among the people who arrived to the South American territories were governors, clergymen and merchants whose fortunes they made in these new lands provided them with the opportunity to bring back home American art pieces.

Later on, during the Nineteenth and Twentieth centuries, the image of Andalusia became the main reference for the construction of American Orientalism, based on iconic elements of our culture, such as the Alhambra, the Mezquita or the Giralda in Seville.

During and after the Spanish Civil War a large number of Andalusians went into exile, finding in America a new space to create freely.

With this project we intend to identify and study the influences and relationships between Andalusia and South America, based on the parameters indicated before.

To carry out this project our international team is integrated with Spanish and Americans researchers and universities. We are supported by public and private institutions in several countries.

We will create a public and accessible database which will be enhance by the cooperation and exchange of information and knowledge.

We will publish monographs related to our research subjects (iconography, patronage and artists) and special issues of the Quiroga magazine.

We are also creating a virtual exhibition room which will allow us to display our research results. A touring exhibition will contribute equally to exposure of this project.

Moreover, we will continue with the audiovisual series (already launched) under the generic title “Memory of Andalusia”.

We believe that the project fits perfectly within the aims of the State Plan for Scientific Research, as we intend to generate new internationally oriented knowledge through innovative and informative proposals, closing the gap between society and academic field. 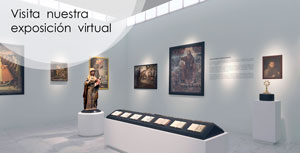